Internet is fast and popular in Bulgaria, and thanks to weak regulations, the market for internet services has developed rapidly in the last 10 years. The country ranked third in the world for internet speeds for customers in 2011, although by 2014 it had dropped to 20th place.

An analysis of who owns Bulgaria’s internet service providers (ISPs) shows that the sector is generally clean and not infiltrated by organized crime figures or corrupt politicians.

But fears are growing that a wealthy Russian businessman with close ties to the Kremlin is seeking to control Vivacom, the biggest and most strategic Bulgarian telecom.

In the mid-20002, the Bulgarian internet market was fragmented, with hundreds of small local access providers.  The market began consolidating with acquisitions of smaller providers by larger one and some ISP mergers; a significant number of small providers remain, however.

According to the ranking from an unofficial study, by the end of 2014 the four biggest national ISPs–Vivacom, Blizoo, Bulsatcom and Mtel–had 52 percent of the market (about 900,000 subscriptions), while the rest is split among mid-sized cable providers and many small local LAN providers.

After the big companies started to build their own intercity networks and bought fiber optic cable from abroad (Bulsatcom, Blizoo, Globul), the carrier and transmission business became more competitive and less profitable. 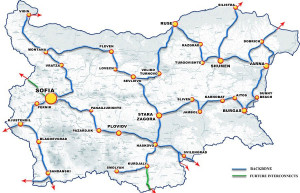 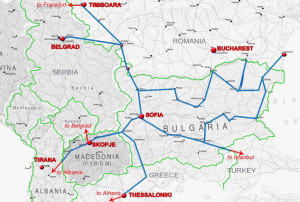 National and International Backbone of the GCN operator. Source: http://www.gcn.bg

A scrutiny of the ISP ownership shows, that the assets are generally clean from infiltration by organized crime. Gone are the days when Russian tycoon Michael Cherney was the owner of the single GSM operator in Bulgaria. The hi-tech complexity of the IT-business is probably one reason the mobsters avoided it. They preferred investments in real estate, construction and tourist services, a much more familiar and less accountable sector, where fast money can be made and dirty money laundered. The long-term result is that the IT in Bulgaria and in particular the ISP business is an almost clean sector. Even the offshore ownership in some companies seems to be a choice of tax optimization, instead of hiding the real owner.

However, some issues still exist and the main issue is the opaque ownership of the historically biggest operator Vivacom, owned by  fugitive Bulgarian banker Tzvetan Vassilev and the Russian bank VTB. The disputes related to Vivacom’s ownership are ongoing and the company is in danger falling under the full control of the pro-Putin oligarch Konstantin Malofeev or the Russian VTB Bank.

Another point of concern is the ownership of the infrastructure operator GCN, hidden by an offshore company. GCN is operating critical government infrastructure, including the e-government network and secret services networks. In 2013 a scandal broke after controversial bank FIBANK, (which was involved in money laundering activities) launched an unsuccessful raider attack over GCN and tried to seize its servers. The representative of GCN is Dimitar Angelov whose business connections include Yavor Djidjev, a person close to Alexei Petrov (AKA The Tractor). Petrov is a controversial  tycoon, and former advisor in the National Security Agency DANS, and now stands accused of racketeering and other orgnized crime activities. An insider source also pointed to a link between Petrov and the GCN financing, but no documented link could be established.

The transmission operator Vestitel BG is controlled by businessman Sasho Donchev, a Russian gas distribution mogul with a questionable reputation; Online Direct, a small regional operator, was taken over recently by a former organized crime figure Kolio Kolev; Finally, the small access operator MSAT in the city of Varna is linked to the business empire of the TIM organized crime group.

All Stories from Bulgaria